Cahide Tamer Historic Buildings Restoration Projects Collection includes a variety of archival materials such as documents, correspondence, photographs, drawings and plans of restoration projects that Cahide Tamer (1915-2005) has involved through her career between 1943-1974, who is also one of the women high architects and restorators in Early Turkish Republic Period.

Originally classified in structure-based albums and folders, this extensive archive consists of more than 150 historic buildings of Byzantine and Ottoman architecture in Marmara Region mainly in Istanbul.

The section of Byzantine Monuments in the collection contains 67 albums and folders in total related to 14 different monuments as: 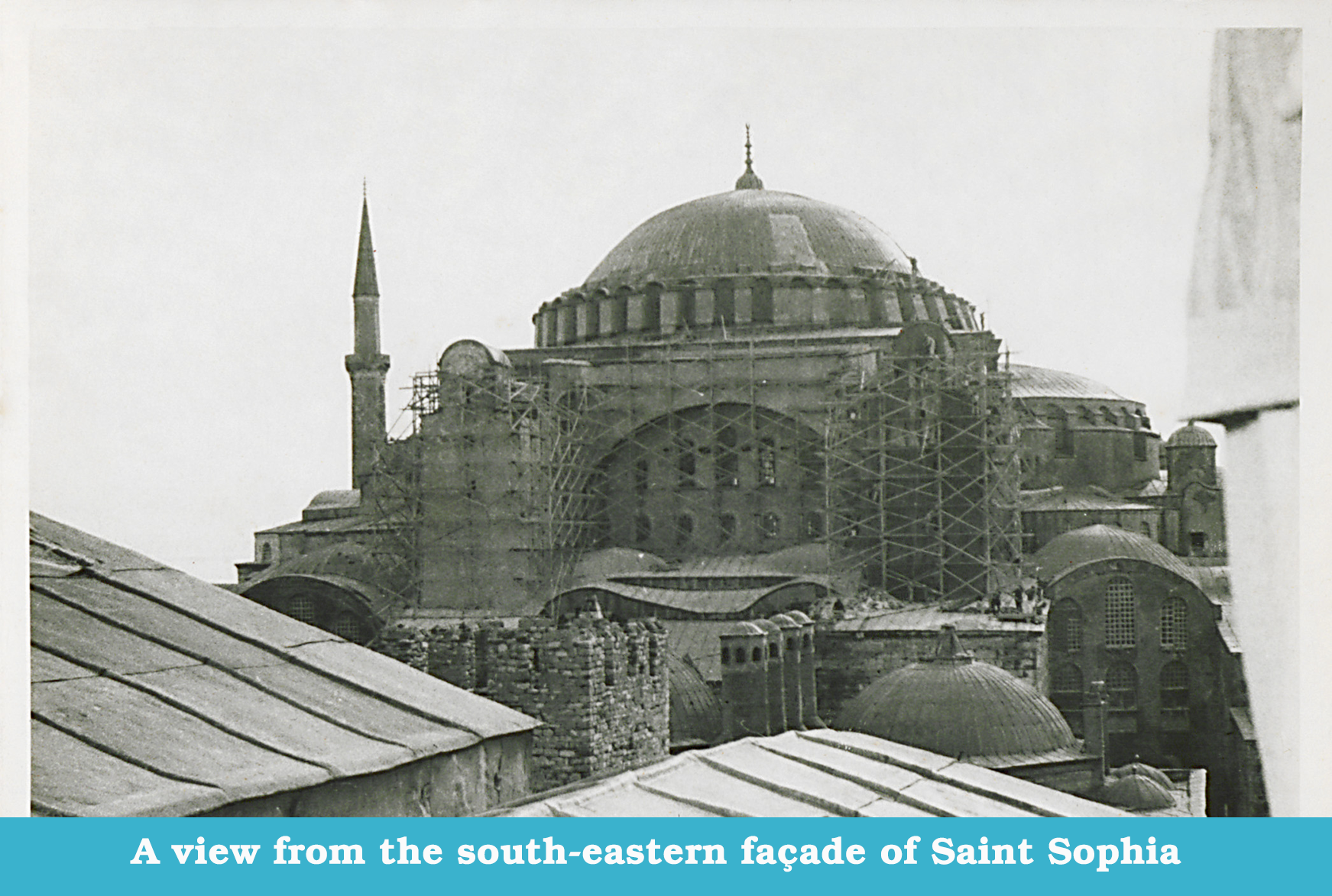 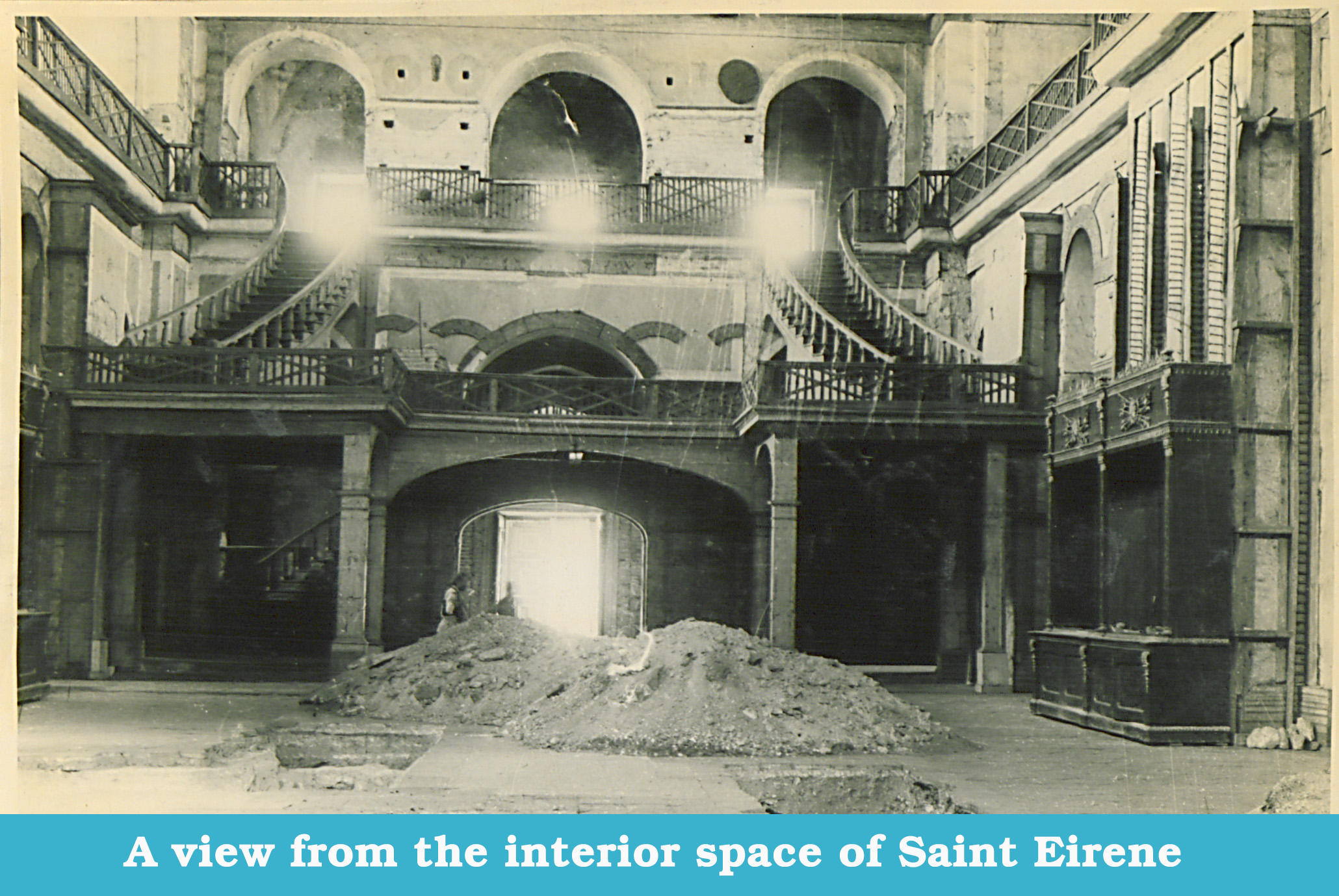 Restorations of most of these monuments were conducted due to the “International Congress of Byzantine Studies” in 1955. Cahide Tamer refers to the beginning of these Byzantine Monuments restorations as:

“International Congress of Byzantine Studies is planned to be held in Istanbul in 1955. It was necessary to present the Byzantine Monuments in Istanbul neat and clean to the participants. 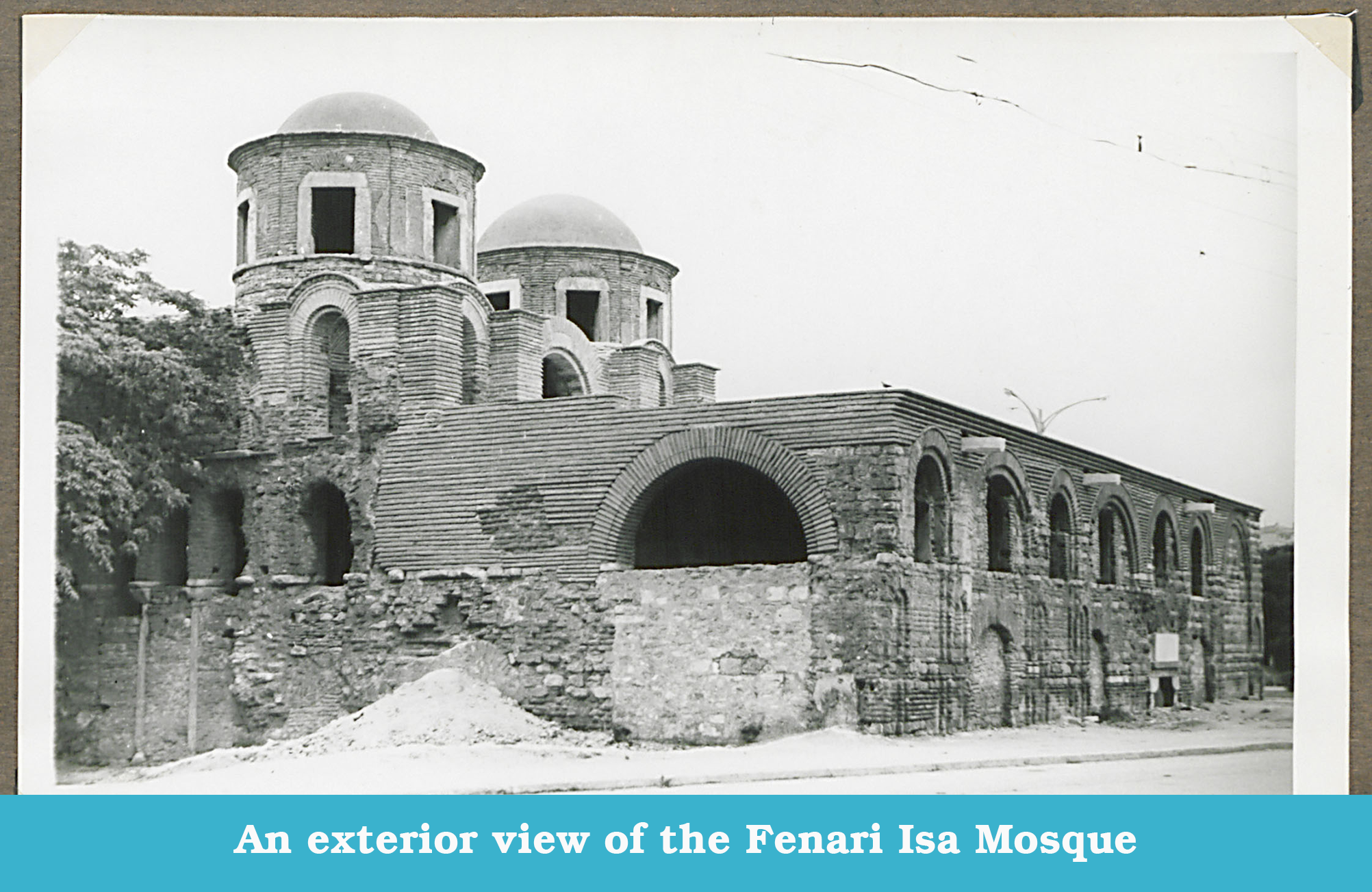 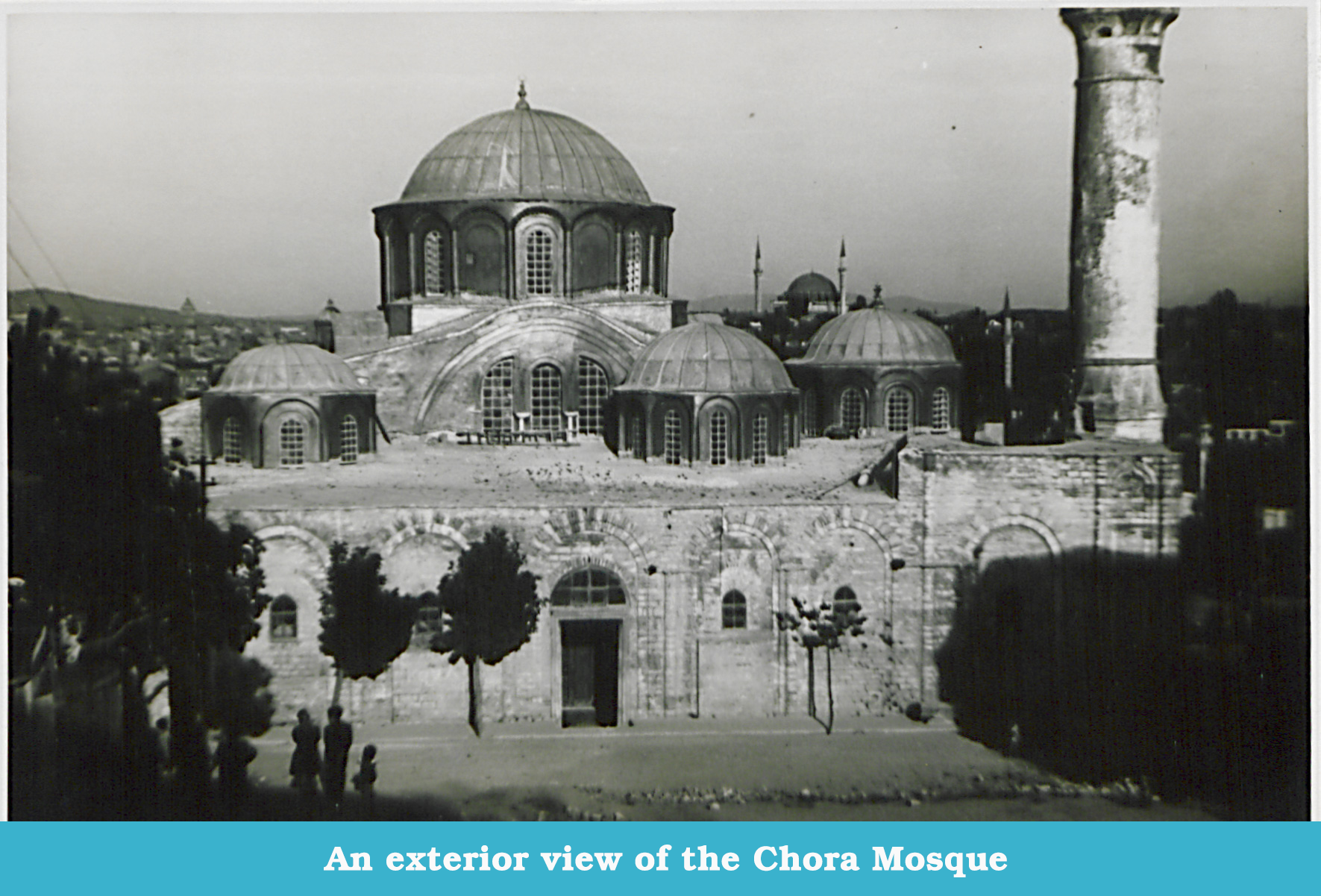 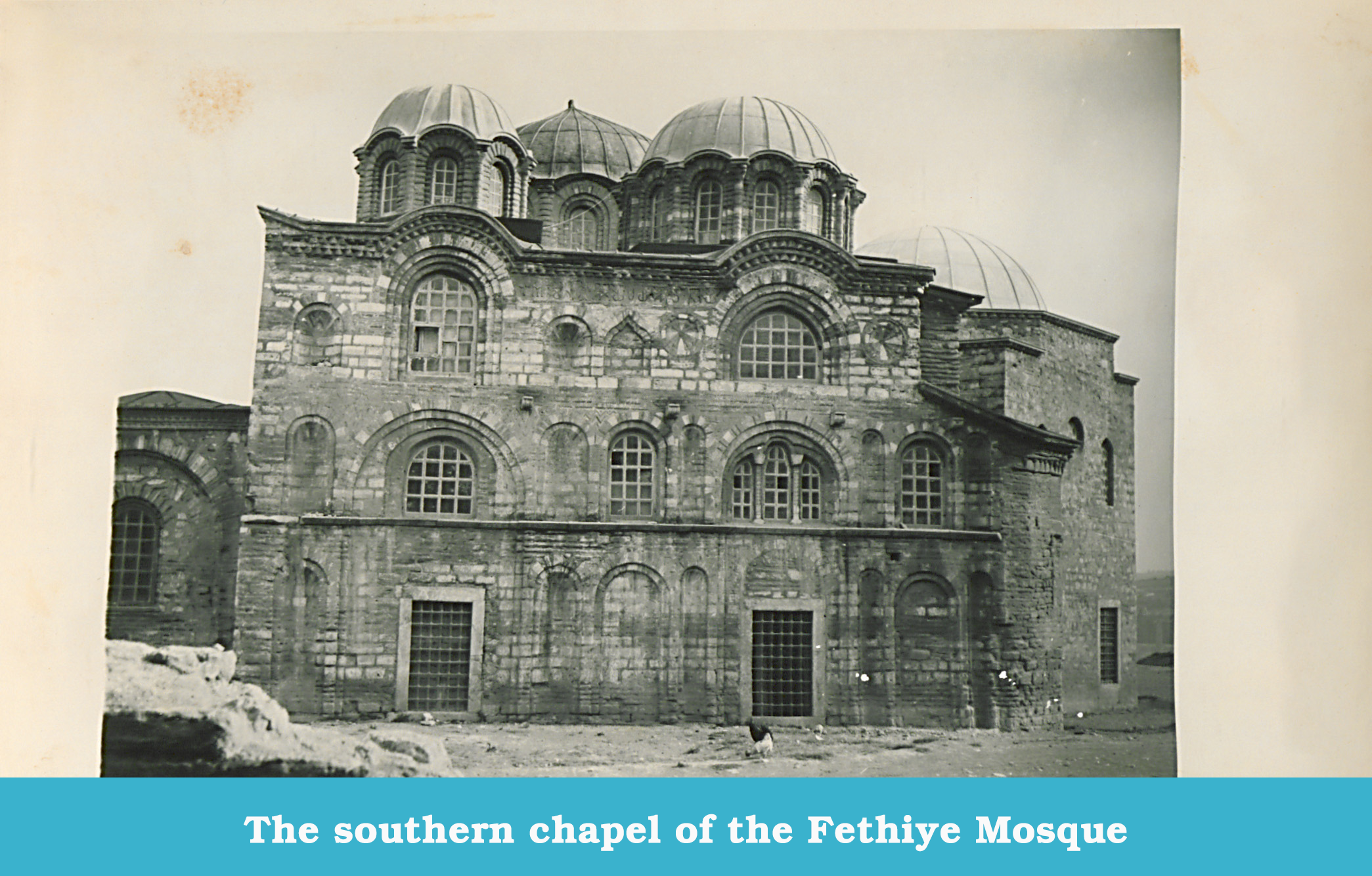 “With the permission of the Ministry of Education and leadership of Prof. Vittemor (Prof. Thomas Whittemore), Byzantine Institute of America has already begun the uncovering of mosaics and cleaning works. In the same period architect Vannays was conducting the building survey works.

My first acquaintance with Saint Sophia coincides with this period. One day in 1941 when I was a junior student in the Academy of Fine Arts, we were taken to Saint Sophia Museum for our art history class. On that day we met the Director of Saint Sophia Museum Ali Sami Boyar who was a well-known painter at the time.

Directors of Saint Sophia Museums in general have an obsession. They all make scientific researches to find the traces of the first Saint Sophia.

Also Ali Sami Boyar was conducting some scientific research in Saint Sophia Museum and I, as an architecture student, was contributing to his research by making building surveys on my own (1941-1943). Ali Sami Boyar gathered these works in his book titled “Saint Sophia” and also added his own painting in this publication which was published by Istanbul Education Press in 1943.

My works in Saint Sophia continued in the forthcoming years.

Upon to the order of the General Directorate of Ancient Arts and Museum, Turkish Republic Ministry of Education, I prepared a restoration investigation on preventing the facades from the external effects for Saint Sophia Museum 1946 fiscal year with an amount of 391.619.91 T.L. and with submission note, the date 14/9/1945 and no: 2129 of Directorate of Saint Sophia, this restoration investigation is presented to the General Directorate. 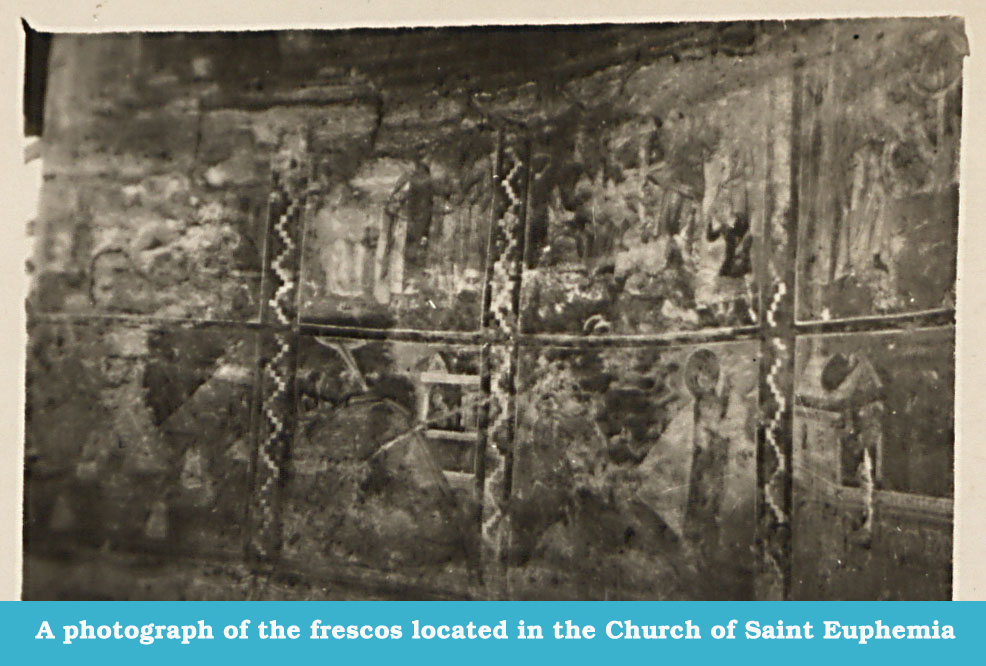 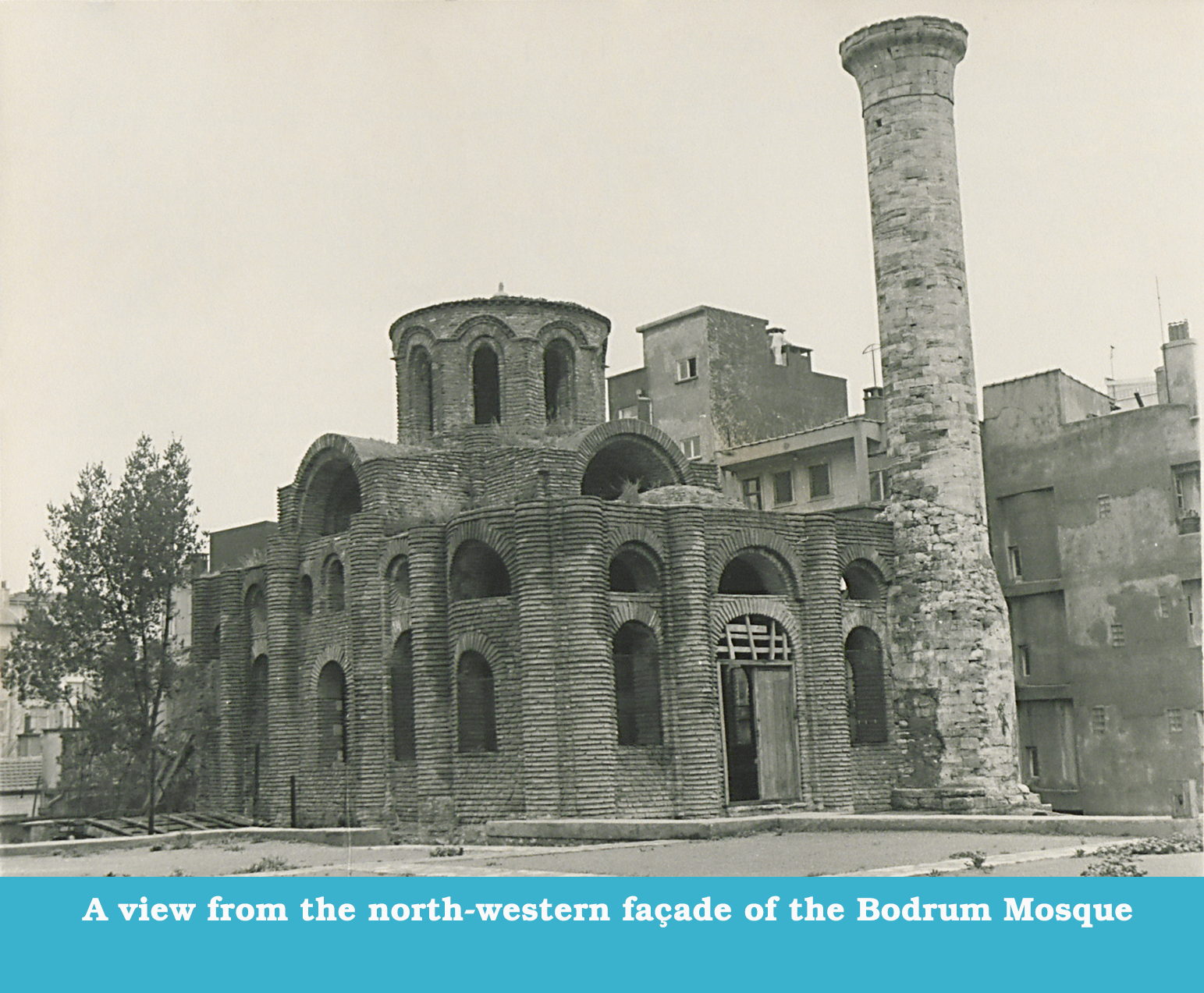 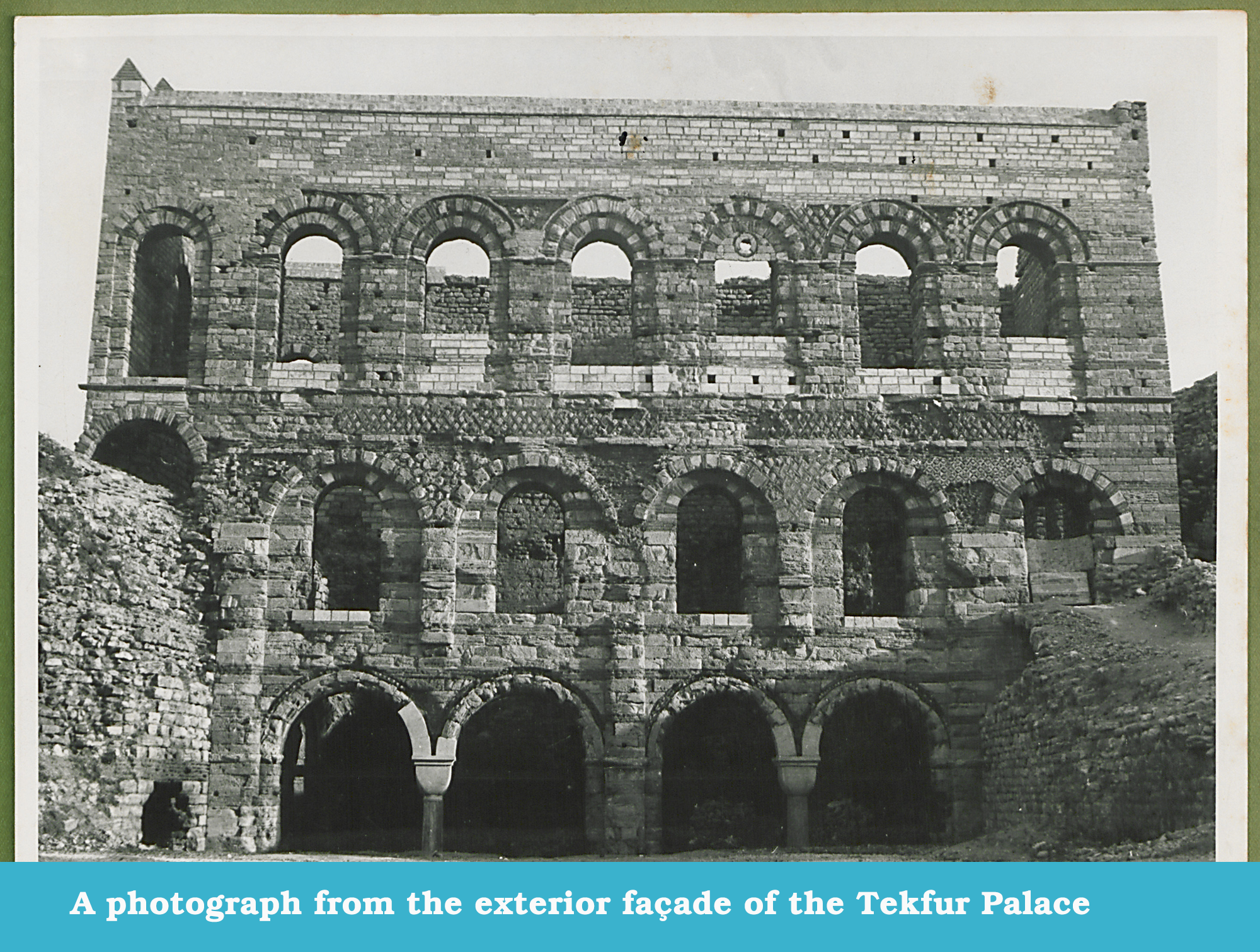 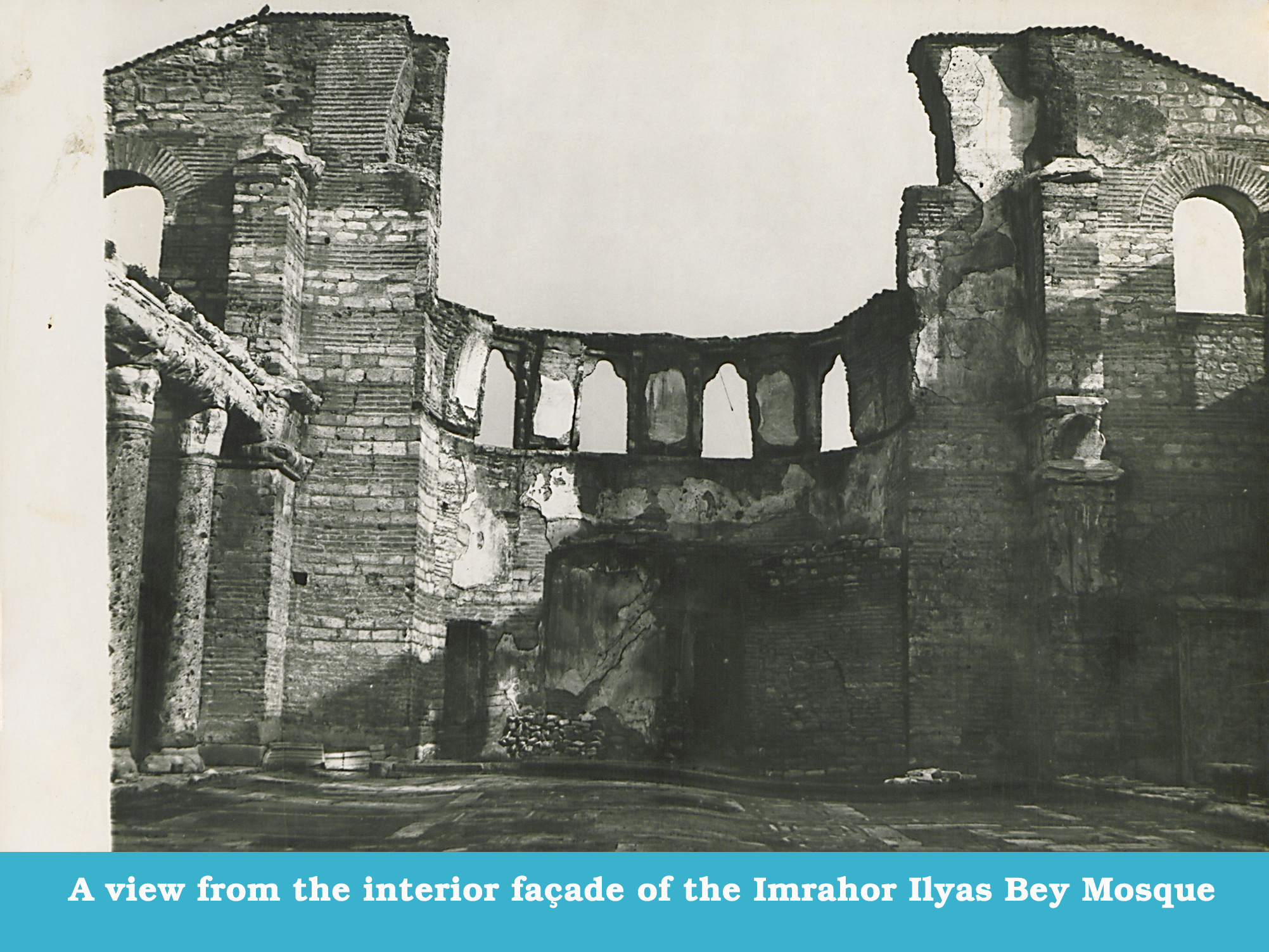 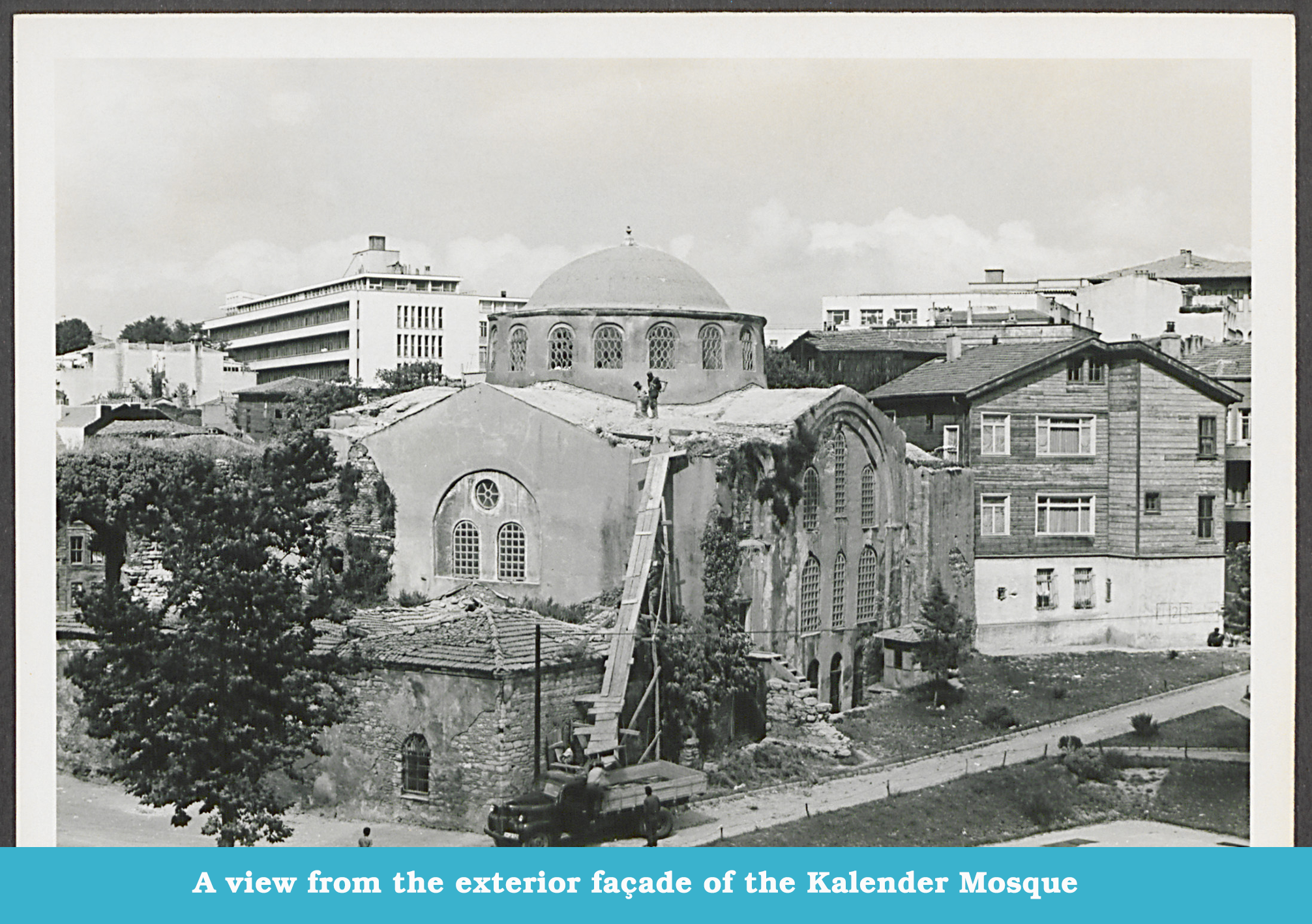 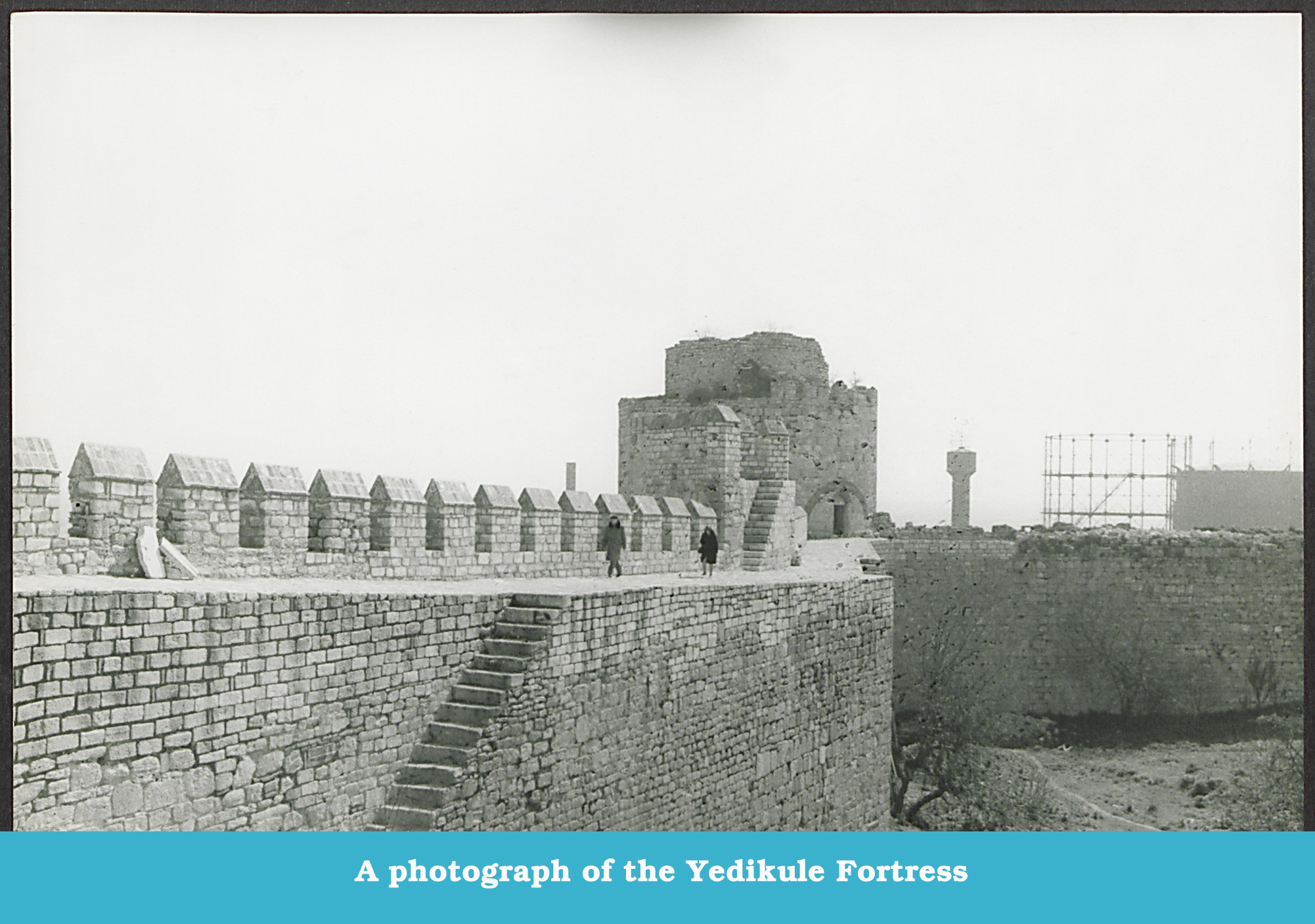 After this extensive restoration works of Byzantine Monuments, Cahide Tamer begins the restorations of Yedikule Fortress and Golden Gate (1958-1970) which is the longest term restoration project in her career. She refers to the project as:

“While I was restorating the units of Rumelihisarı (Fatih Tower, Zağanos Pasha Tower, walls and bastions in between, Hisar Gate and Hisar Peçe) between years of 1955-1957, the restorations of Yedikule fortress and Golden Gate (continued between 1955 to 1970), with the request of Governorship of Istanbul, suddenly the restoration of two major Byzantine Towers located at the Topkapı exit of  Millet Street has been brought to the agenda.

The request of Governorship of Istanbul date 22/8/195 and no:8919 exactly states that

‘To the Directorate of Archaeological Museum;

Regarding to the restoration of the City Walls that took place at the entrance of the city on Topkapı-Küçükçekmece-Tekirday highway, on the request of the Prime Minister, with the proposal of 1st Regional Directorate of Highways (date 1/8/1956 and no:15705/94) and according to the decisions and bases by the restoration commision organized by the Governorship, I kindly request that necessary investigation should be prepared by your museum architect Cahide Tamer and to be sent at once. 22/8/1956 Governor of Istanbul. N.

As the restoration project began on the 26th, August 1956 with the construction of the scaffolding, the execution of the investigative and management of the artifacts of the project are carried out by myself, the other parts of the project related to the repairment accounts are conduct by engineer Galip Çavuş on behalf of Directorate of Highways.”[3] 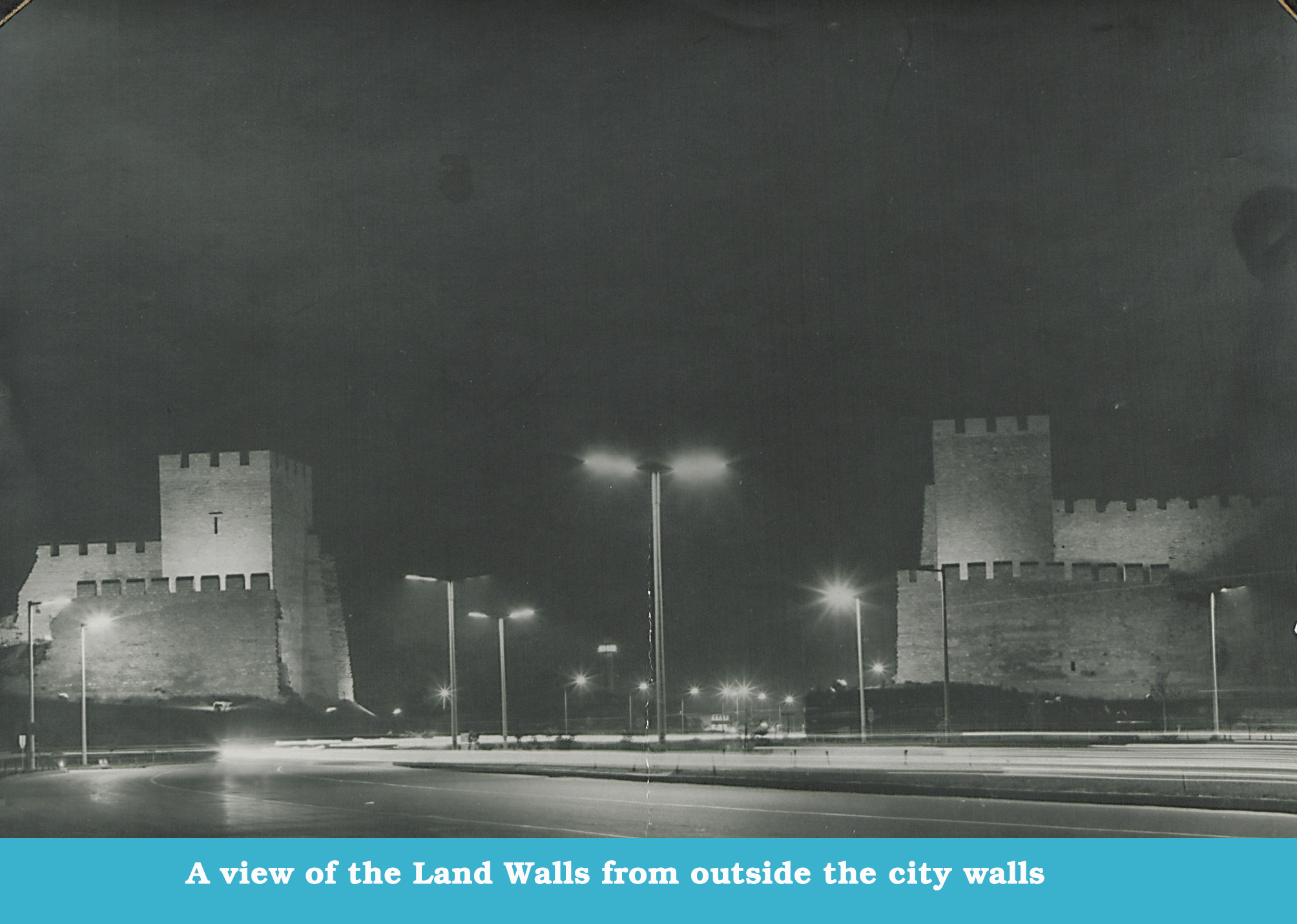 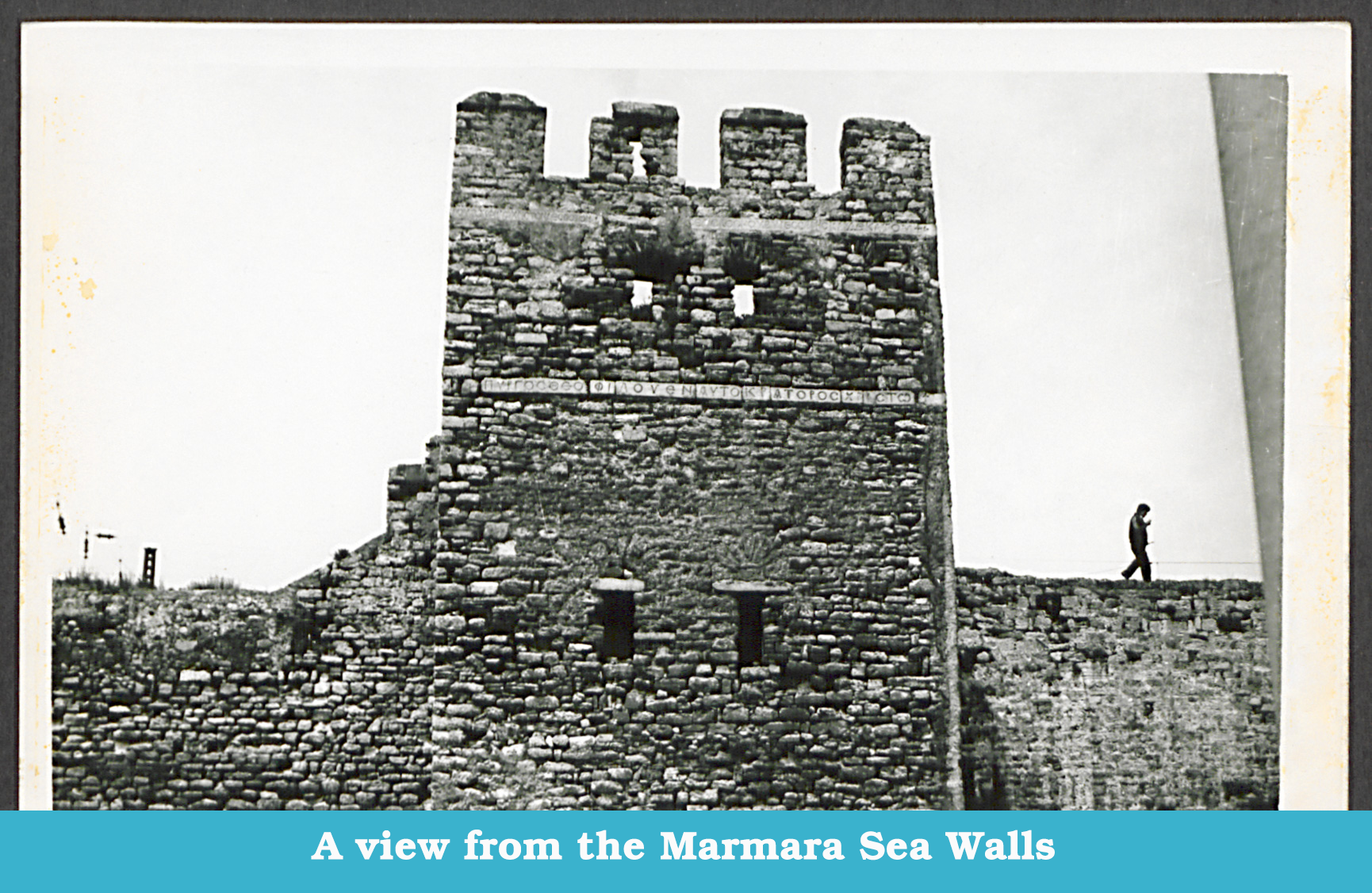 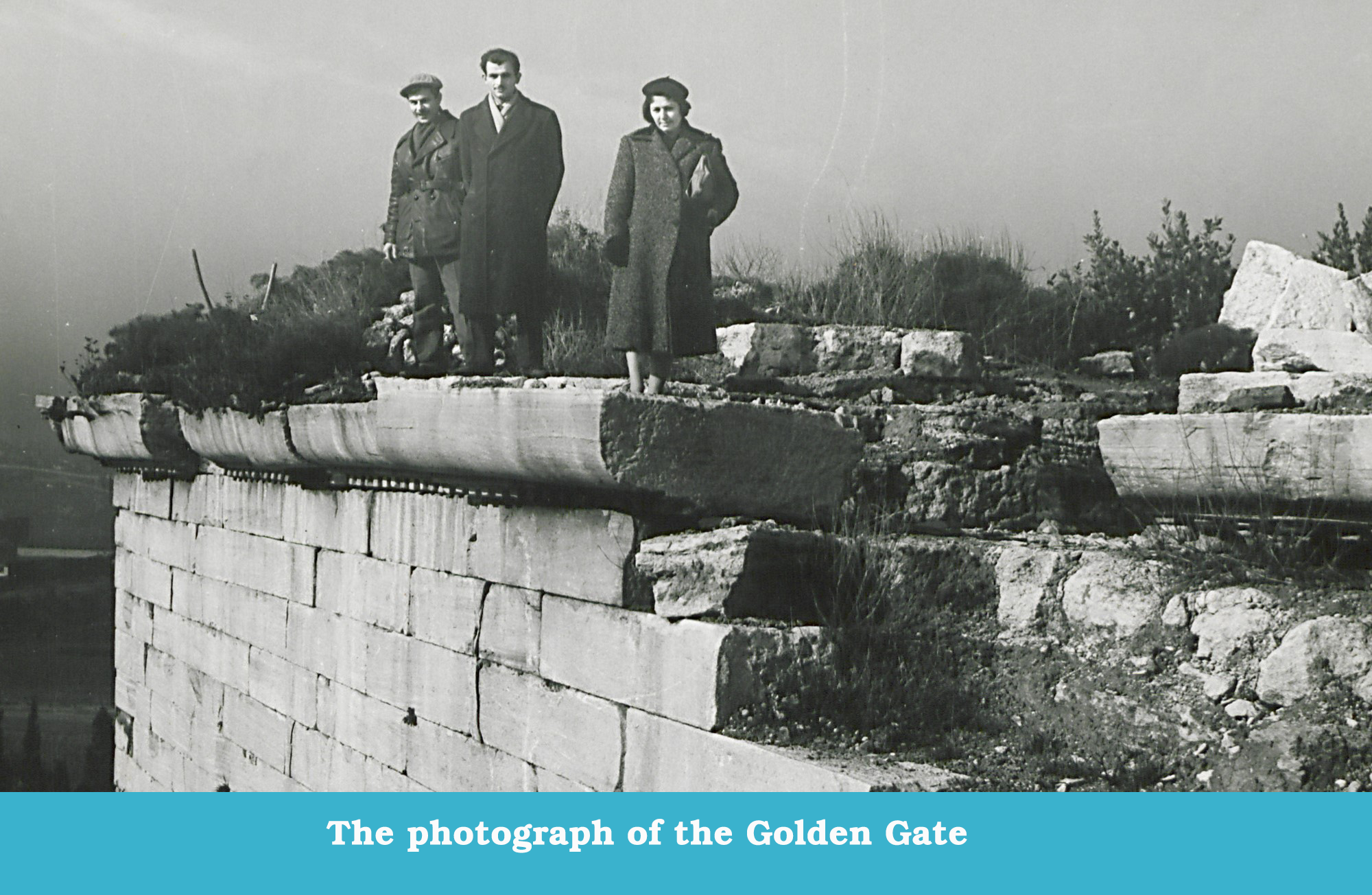 The details of these restoration projects can be examined in the publications of Cahide Tamer as “İstanbul Bizans Anıtları ve Onarımları” and “Yedikule: İstanbul Surları ve Yedikule”. Cahide Tamer also presents an inclusive plan of Yedikule Fortresses.

Cahide Tamer graduated from the Department of Architecture Academy of Fine Art, İstanbul in 1943 and started to work on old monuments. Through 1943-1956 the architect worked in İstanbul Building Survey Bureau, İstanbul Hagia Sophia Museum, Topkapı Palace and İstanbul Archaeology Museums  as a restoration controller in the General Directorate of Ancient Arts and Museums under the Ministry of Education.

Between the years of 1956 and 1974 as she continued her career in the General Directorate for Foundations, by taking place in over 100 different restorations projects of different types of monuments such as complexes, palaces, fortress, city walls, aqueducts, mosques, madrassas, tombs, fountains, churches. [4]

The collection which is transferred to Suna Kıraç Library by the end of 2018, is donated to the library archive by the architect’s daughter Ayşe Nur Ökten with the initiative of Koç University Stavros Niarchos Foundation Center for Late Antique and Byzantine Studies (GABAM, Barış Altan). The collection process including classification, identification (GABAM, Ali Öz) and translation of the archival materials is supported by GABAM between the years 2019 and 2020.